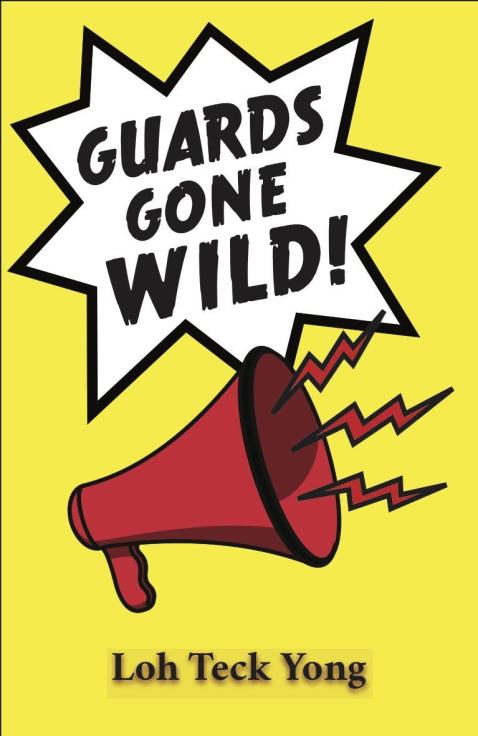 Security guards often find themselves between a rock and a hard place. They are sometimes viewed as lazy or ineffective given that most guards one sees are either rotund or getting on in their years. For those who carry out their duties assiduously, they are seen as party-poopers.

Their situation is not helped by the powers that be thinking that the security industry can be improved by slapping individual guards with fines and jail time, thus perpetuating the idea that the problem lies in the individual.

Either by coincidence or telepathy, Loh seemed to have anticipated this change in the security industry by writing about his experiences as a security guard which spanned decades.

Mirroring the cheekiness of the title, Loh’s writing is exuberant, making the book an enjoyable read, which can be devoured in a couple of sittings. One could almost imagine the twinkle in his eye as he scribbles down his first draft.

With anecdotes about know-it-all superiors, uncoöperative colleagues, and impenetrably bureaucratic management, it feels like Loh is shooting the breeze with his readers over post-work drinks.

Hence, imagine my surprise when the second half of the book comes around. While retaining its breezy tone, Loh candidly reveals the tricks security companies get up to make up for the chronic problem of a lack of manpower.

From staging a charade by co-opting guards from other posts during audits to allowing guards to go on 24-hour shifts, these scams—as Loh calls it—are worrying and indicates an underlying systematic problem in the security industry, rather than a problem with a few bad apples.

If any of this is true, Guards Gone Wild must be an initial prescribed reading for lawmakers to rethink their strategy, and an extensive surprise audit is in order for the security industry.

That said, this book will benefit greatly from the guidance of a publishing company to par down certain excesses and correct the inconsistencies in typesetting.

With this book being an entertaining and educational read, it is hard to see why any publishing company would not want to republish this book.