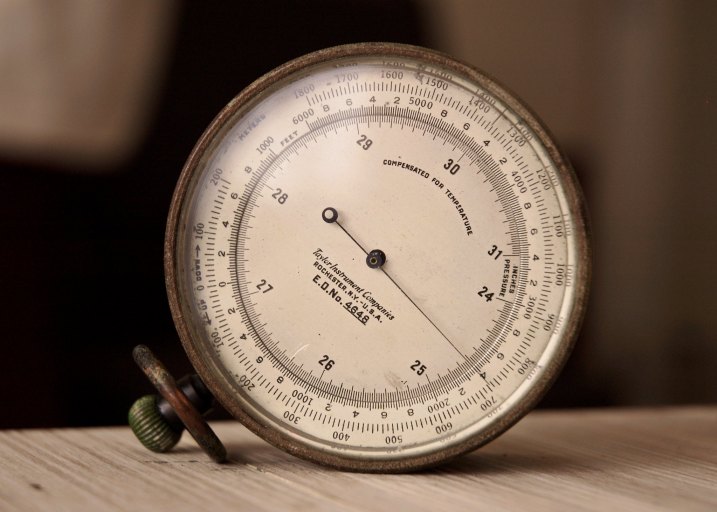 I am pleasantly surprised that my review of Peter Brook’s Battlefield, an adaptation of the Mahabharata, is cited in an essay contained in The Methuen Drama Handbook of Interculturalism and Performance (2020). 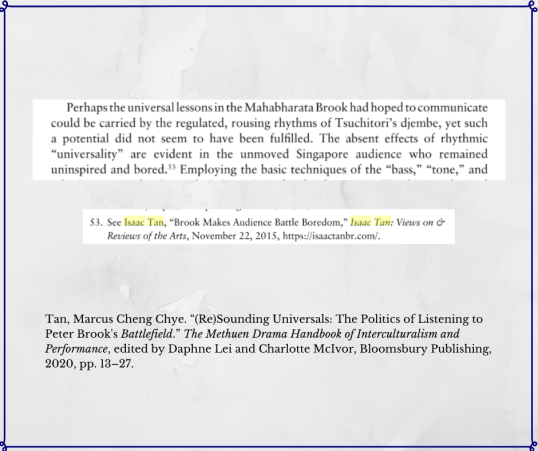 Initially, I was slightly confused as to why my review was cited, especially when I was a novice back then, and have provided links to reviews written by reviewers from mainstream publications. While I did not have access to the full essay, I was amused to find out that Dr Tan is a Singaporean theatre academic, and his concerns in the essay is about sound design. That is certainly not my forte and my review did not cover sound design at all.

Upon closer reading of the excerpt and my review, I realised that my review detailed four reactions by different audience members, and it served as an indication of the audience members’ reactions to the performance. Hence, it allowed Dr Tan to cite that as anecdotal evidence that the audience was “uninspired and bored”.

At the time of writing, I knew that the review would ruffle many feathers had it gained a wider readership. It was a special review to me because I uncharacteristically privileged reportage over anything else.

Personally, I am not in favour of providing too much reportage. It spoils the show for those who are about to watch it, and it takes the space away from wider analysis, which differentiates one critic from another. Reportage should be in the form of examples to substantiate a wider point.

In that review, I made such a deliberate but uncharacteristic choice in response to the widespread adoration of the show, which seemed to be earned due to Brook’s reputation rather than the direction or performance itself.

I wanted to show that the drama in the stalls is much more interesting that what was happening on stage. And I have used this technique several times since.

That said, if I were to receive that review now, I would still stand by the writer’s decision, but advise him to add a little more context and details of the show.

At that time, I was quite a stickler for keeping to the word count as I believed that most people would not read beyond 500 words. While I am still of that opinion to a large extent, a clear and exciting review would put the readers in a forgiving mood.