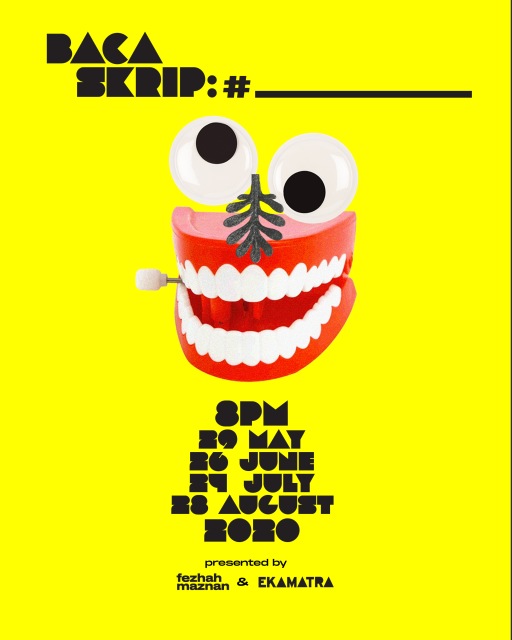 In an unexpected turn of events, rather than worrying about creating new works through a digital medium, Teater Ekamatra decides to team up with veteran theatre producer Fezhah Maznan to look back at key works in Malay theatre through a series called Baca Skrip: #______.

Baca Skrip is a monthly online script read of Malay plays by prolific Malay playwrights from Singapore. The scripts are selected based on their impact on Singapore Malay theatre history and / or are representative of the chosen playwright’s oeuvre.

Each session will be accompanied with an introduction which provides a sense of the historical, social, political, and cultural context of the work. After the reading, a critical response will be given by an invited guest. This is meant to provide audience several ways of looking at the work.

This series serves to rekindle the work with today’s Malay theatre audience and create a sense of continued history for Singapore Malay theatre in general. 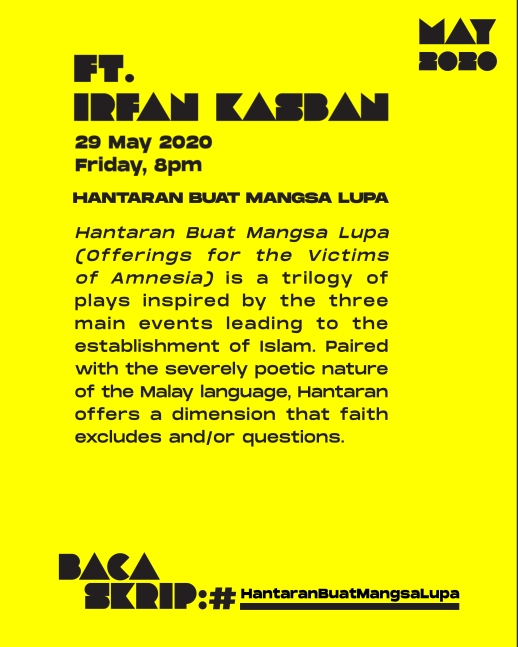 Hawa, who is pregnant, receives a premonition that she will meet Malaikat (angel) on the 39th day, where she hopes to enquire about the fate of her child and her self; revealing her true desire to challenge predestination.

Two mean in a toilet cubicle.

They talk, but not a lot.

They touch but not too much.

Only the four walls bear witness to their dispositions.

W.C. was created to examine the complexities between men—abandonment, trust, and maybe even love. It speaks of comfort and sacrifice, or lack thereof.

94:05 invites the audience to the life and memories of Ahmad bin Abdullah. As he tidies his studio apartment, Ahmad finds it hard not to reminisce. He shares with us every important juncture he has passed through, slowly revealing his struggles with fate. Every now and then he contemplates mortality, especially in moments when hope becomes fleeting.

Performed in Malay with accompanying Malay text and English surtitles.

Tickets at $10 from Peatix.