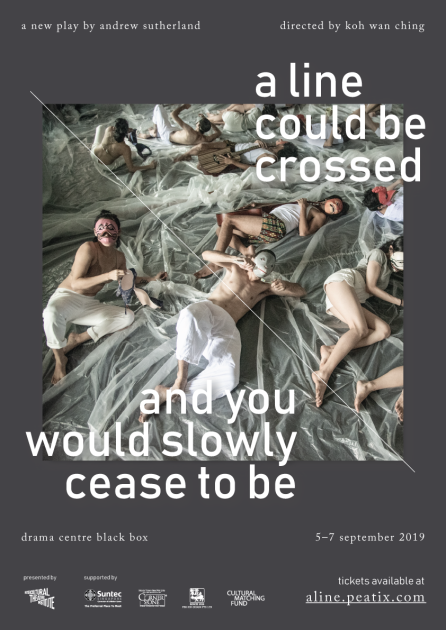 In the latest public showcase by the graduating cohort of Intercultural Theatre Institute (ITI), they will be presenting a line could be crossed and you would slowly cease to be, a new play by Australian playwright, Andrew Sutherland.

According to him, the play “attempts to untangle difficult concepts of futurity and futurelessness against the imminent existential threat of climate futures. From the natural to the interpersonal, the play contends with the deep exhaustions and ambivalences of witness and memory.”

To find out more about the play, I spoke to the director of the production, Koh Wan Ching.

In your previous work, precise purpose of being broken, there is a scene in which you highlighted our insatiable consumption of plastic. How has that process of creating that work made you more aware of environmental issues?

For precise purpose of being broken, I had to collect hundreds of plastic water bottles to be used as props. Rather than partnering up with organisations that had an easy supply of used bottles, I decided to see if it was possible to accumulate the bottles I needed by doing tiny beach clean-ups along East Coast Park. The speed at which I began to accumulate bottles was shocking, and it became clear to me day by day that the so called environmental concern I was addressing is more rightly described as environmental crisis.

What is your process of working with playwright Andrew Sutherland?

Andrew and I worked sporadically together; I read his plays and poetry and followed his development as a theatre-maker, performer, and playwright. The seed for this project was planted two to three years ago, when I asked Andrew to write some texts with the stimulus: rising water, furniture and two women. Although this particular project did not take off, the texts he had written stayed with me until I was given an opportunity to direct this showcase by ITI.

I asked Andrew what most occupied him at the moment and what he would most want to write about. Likewise, I shared with him what kept me up at night. We exchanged articles and readings, notes, songs and videos. I think we built between us a well of thoughts, feelings, memories, stimulus and provocations that Andrew then drew upon to craft into a play. 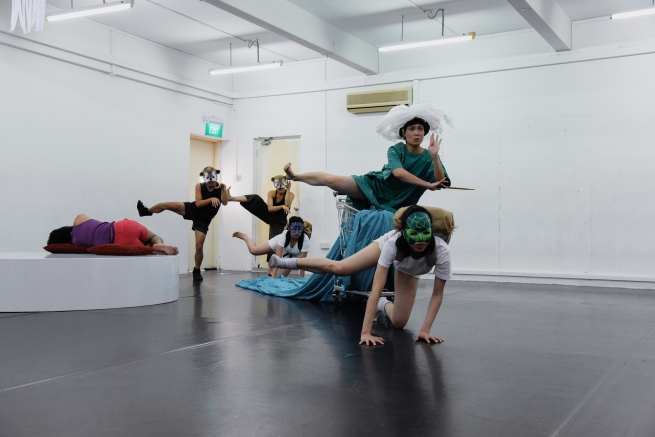 As you are working with students from ITI, will the show incorporate any intercultural elements?

The process that I try to bring to all my projects is one of exploration and experimentation. We spend a lot of time in the beginning of the process making compositions and devising assignments in and around the piece. We present these compositions to each other and thus develop a collective memory of movement vocabulary, sounds, objects, and imagination. These will then go on to inform the design, staging and blocking of the piece. In building up this rich and diverse store, the students negotiate their training and their contemporary bodies and sensibilities.

In the process of researching and directing this piece, have you discovered any interesting or shocking facts?

Definitely. I asked the cast to choose research topics they are interested in and we do weekly research presentations on a wide range of topics such as animals being affected by human action, costs of food production, lives of sea turtles, different types of lightning, and many more.

While climate change affects everyone. Different cultures will have different relationships with the environment. In the course of working with a diverse cast, were there any differences that came to the fore which you found interesting or challenged your own perspectives?

In terms of the main question of the piece: What does it mean to face futurelessness and the environmental crises? We have gained a broader outlook and perspective by looking at them from different countries and societies.

For some of the cast, environmental issues may not be the most pertinent thing they want to speak about, as they currently face challenges far more pressing in their societies. But when we look at environmental concerns in less restrictive ways – it is not just about plastic in the ocean and using less plastic in our lives – we begin to see the ways that climate crises are linked to inequality and social justice. People who are the least equipped for climate adaptation and the least responsible for carbon emissions can be the most vulnerable to extreme weather events. Their food and water safety and supply can also be compromised by climate change. These issues are inter-connected.

a line could be crossed and you would slowly cease to be runs from 5–7 September 2019 at the Drama Centre Black Box. Tickets from Peatix.